The release includes the following high-points:

The user experience for LinqToRdf should be greatly improved in this release.  I focussed on getting project and item templates set up that would allow you to either create a dedicated LinqToRdf project that would have all the assembly references set up for you, or to create a new LinqToRdf designer file, that would generate C# code based on the new Attribute model introduced a few versions back.

The VS.NET extensions are not installed by default, instead they are created in the LinqToRdf directory. If you do install them, then you will find that visual studio will now have a LinqToRdf will have a new project type.

You also have the LinqToRdf designer file type, which has been around for a version or two: 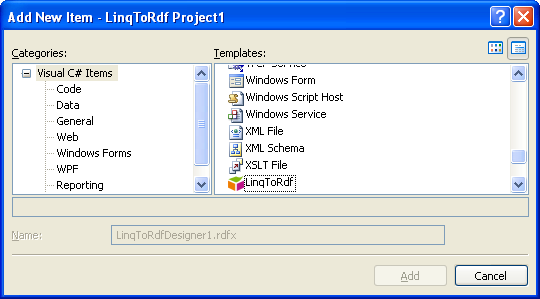 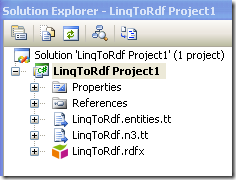 The designer view is the same as ever: 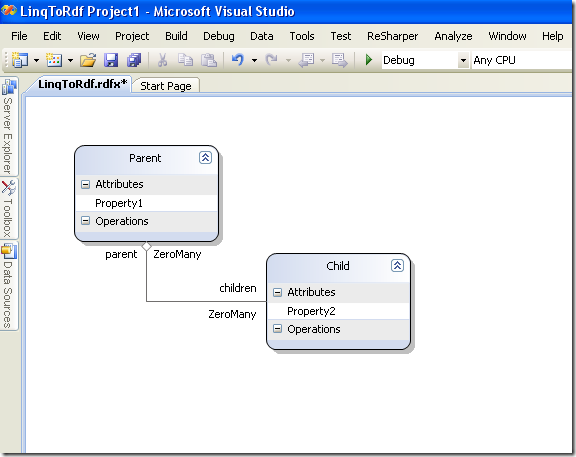 Things are coming along, and the download stats for version 0.4 were actually quite healthy (at least i think they were) so I expect this version to be the most popular yet.